This workflow allows you to change the machine name for a vRealize Automation Virtual Machine during the build process. It is based on the articles series on the VMware Blog created by Ted Sprinks. (link) That series of three articles is very good, but it might be a bit lengthy if you just need this one single workflow. Also I use this article during my vRealize Automation Training when students would like to run  an additional example workflow in their lab environment.

The workflow is available as a downloadable package: BuildingMachineChangeHostname.zip

After importing the package in vRealize Orchestartor follow the steps in this article to assign the workflow to a blueprint as a state change workflow.

But first here is the contents of this workflow. It is actually just one scriptable task: 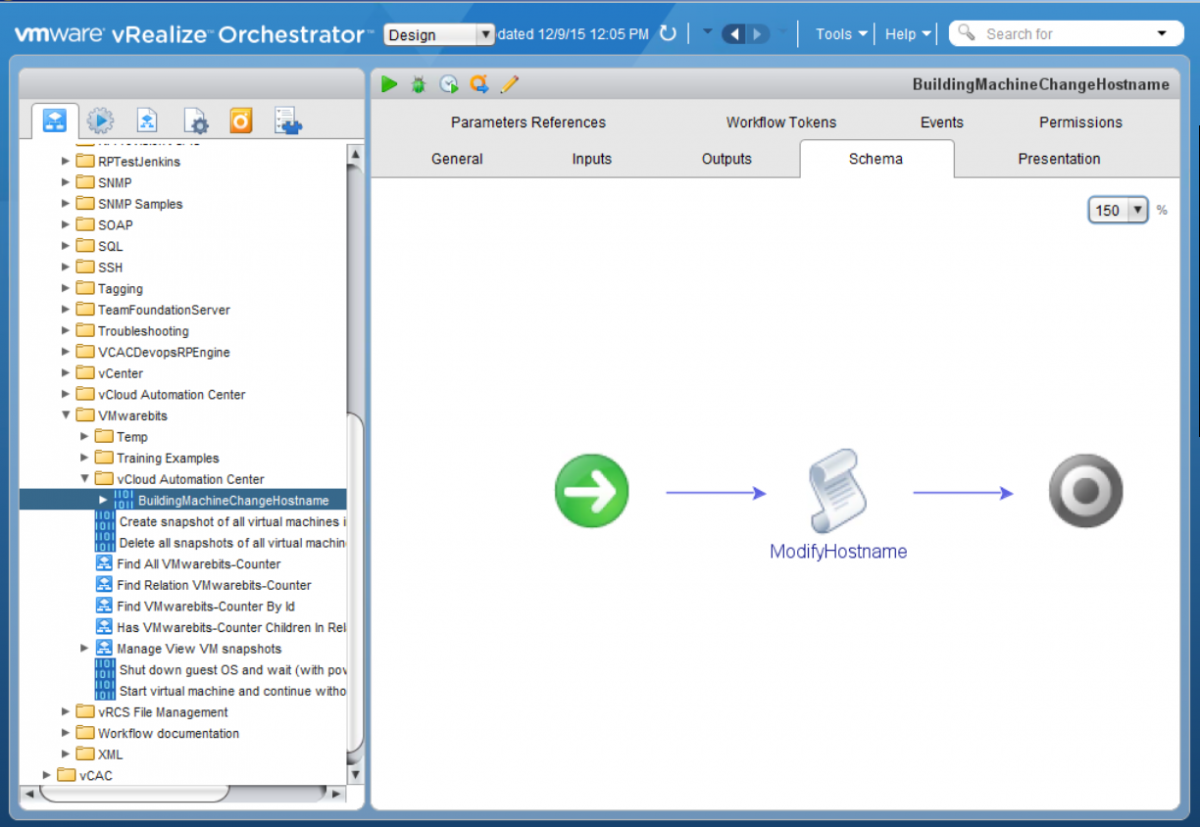 The contents of the scriptable task is in the image below and the script's source is also added. The input  and output for the script is the virtualMachineEntity, which is of the vCAC:Entity variable type. 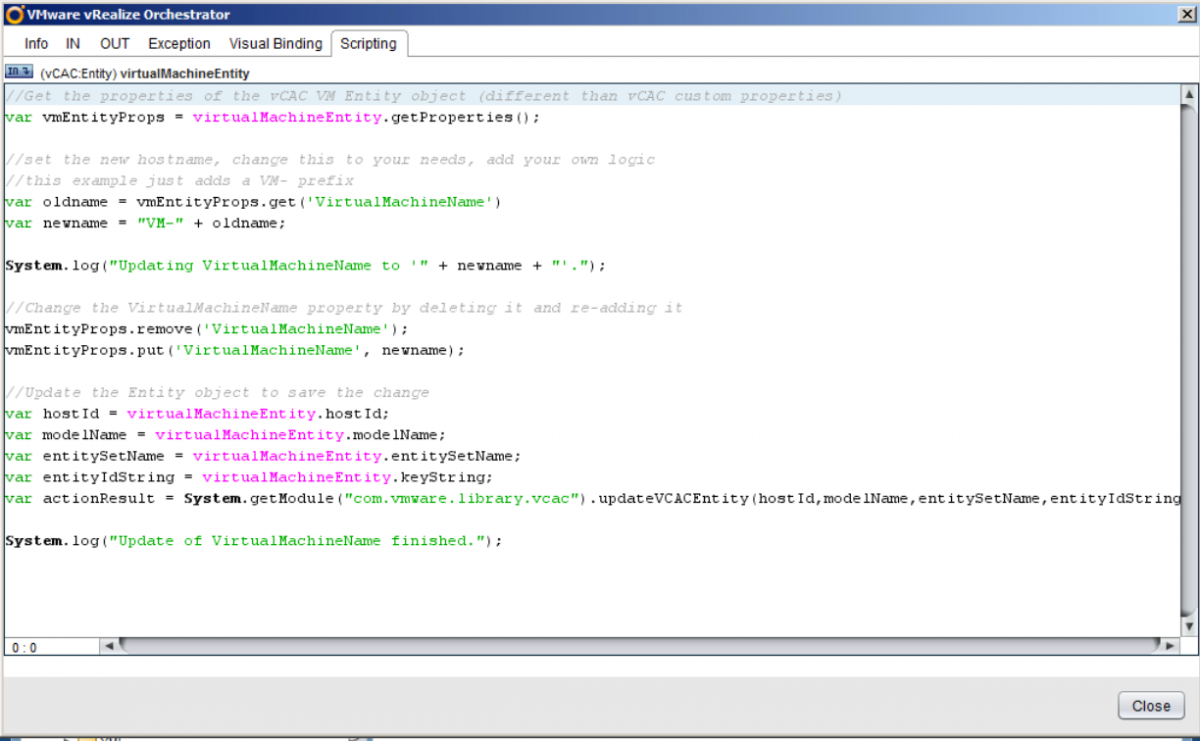 Here is the script for your reference:

//remove the log entry when everything works and you don't need this for debugging and troubleshooting
System.log("Updating VirtualMachineName to '" + newname + "'.");

//remove the log entry when everything works and you don't need this for debugging and troubleshooting
System.log("Update of VirtualMachineName finished.");

Adding the workflow to a Blueprint 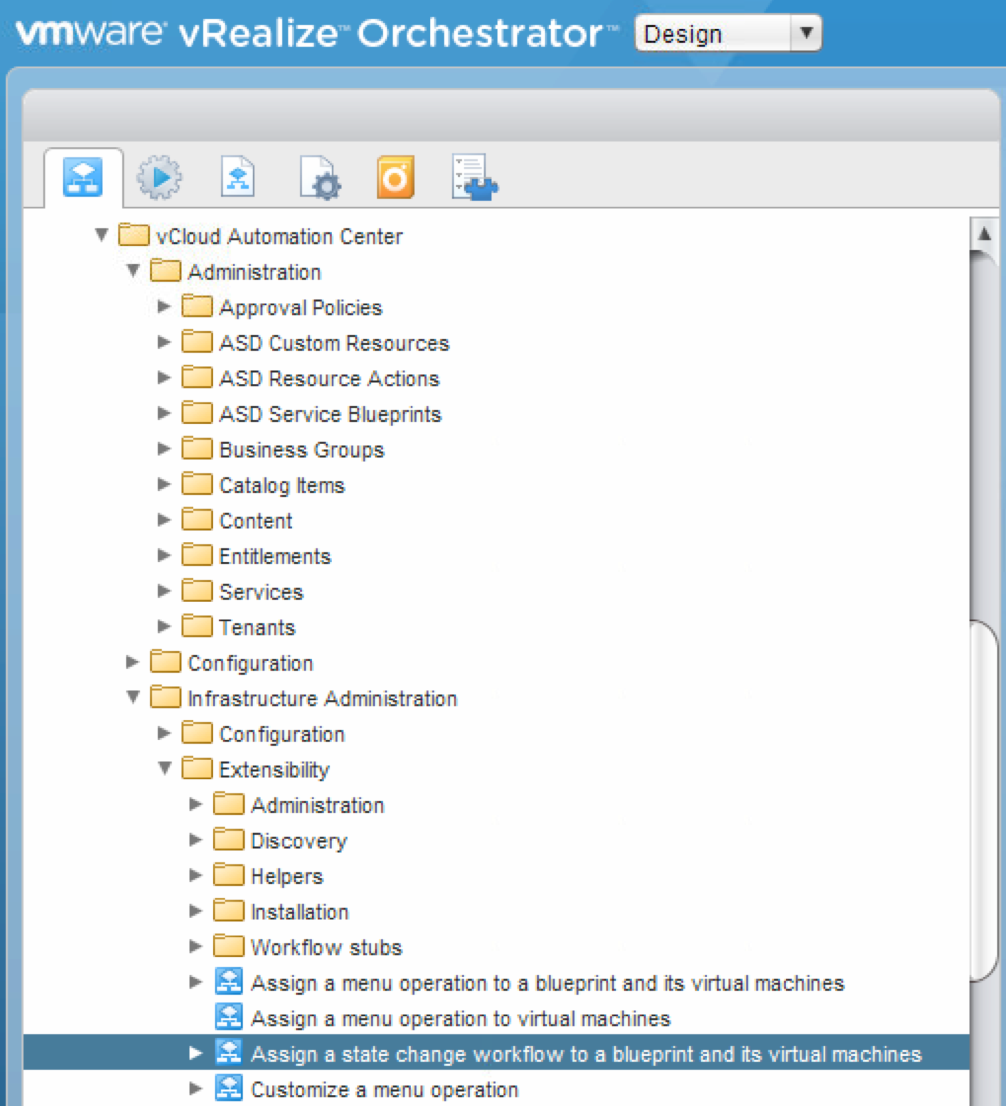 Make sure to select the BuildingMachine workflow stub to enable because we want to change the host name before the provisioning takes place. 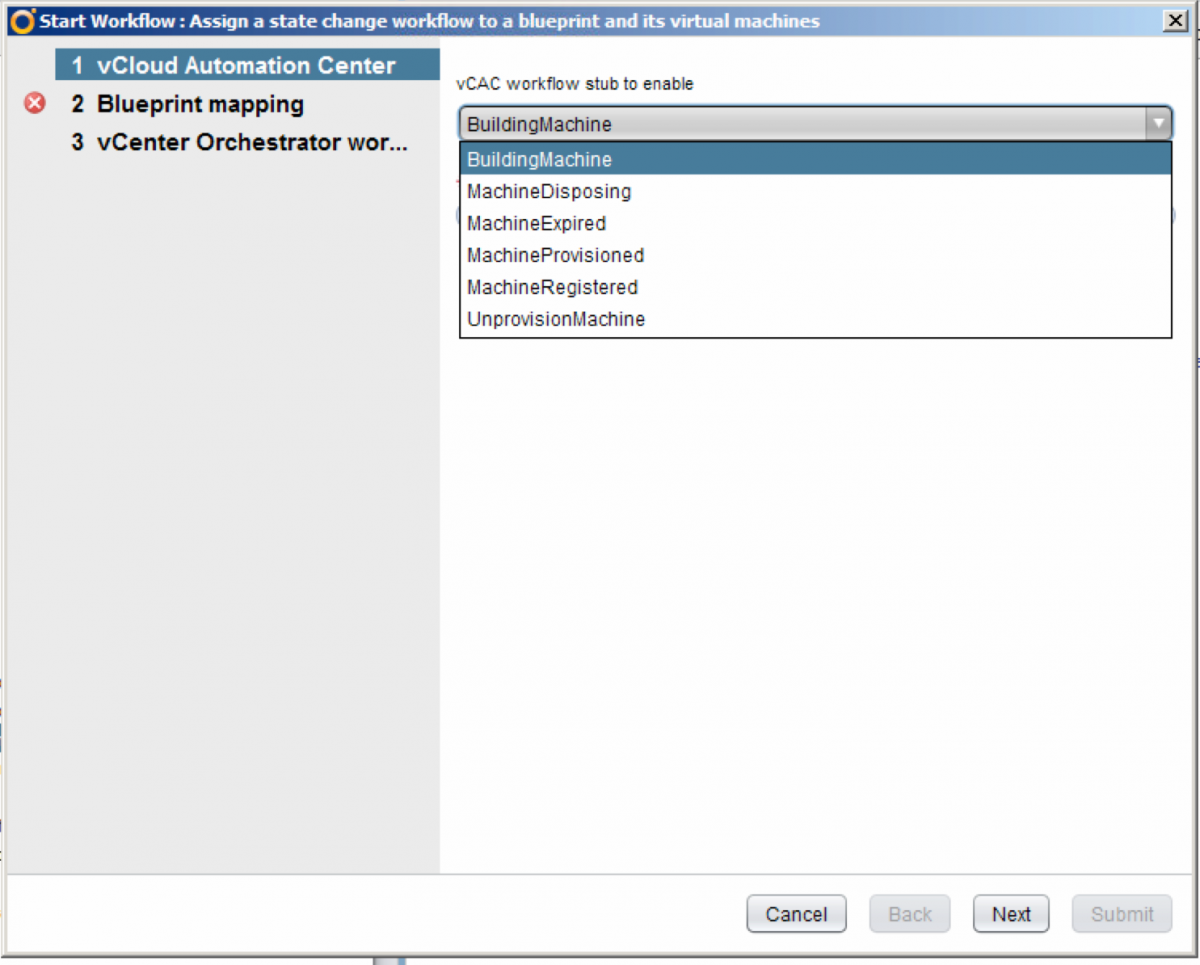 Following the wizard you will next select one or more blueprints to assign this workflow to. 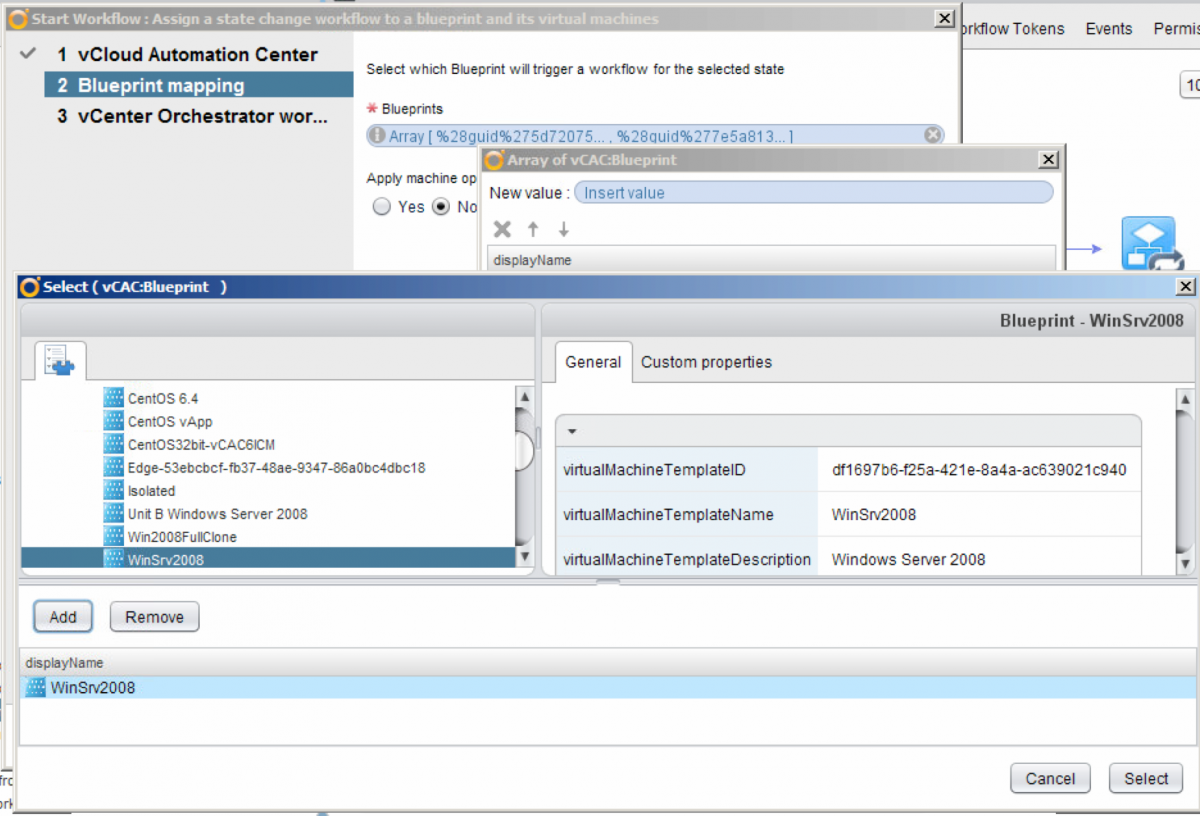 In the next step select the BuidlingMachineChangeHostname workflow as the workflow that will be added to the blueprint's properties. 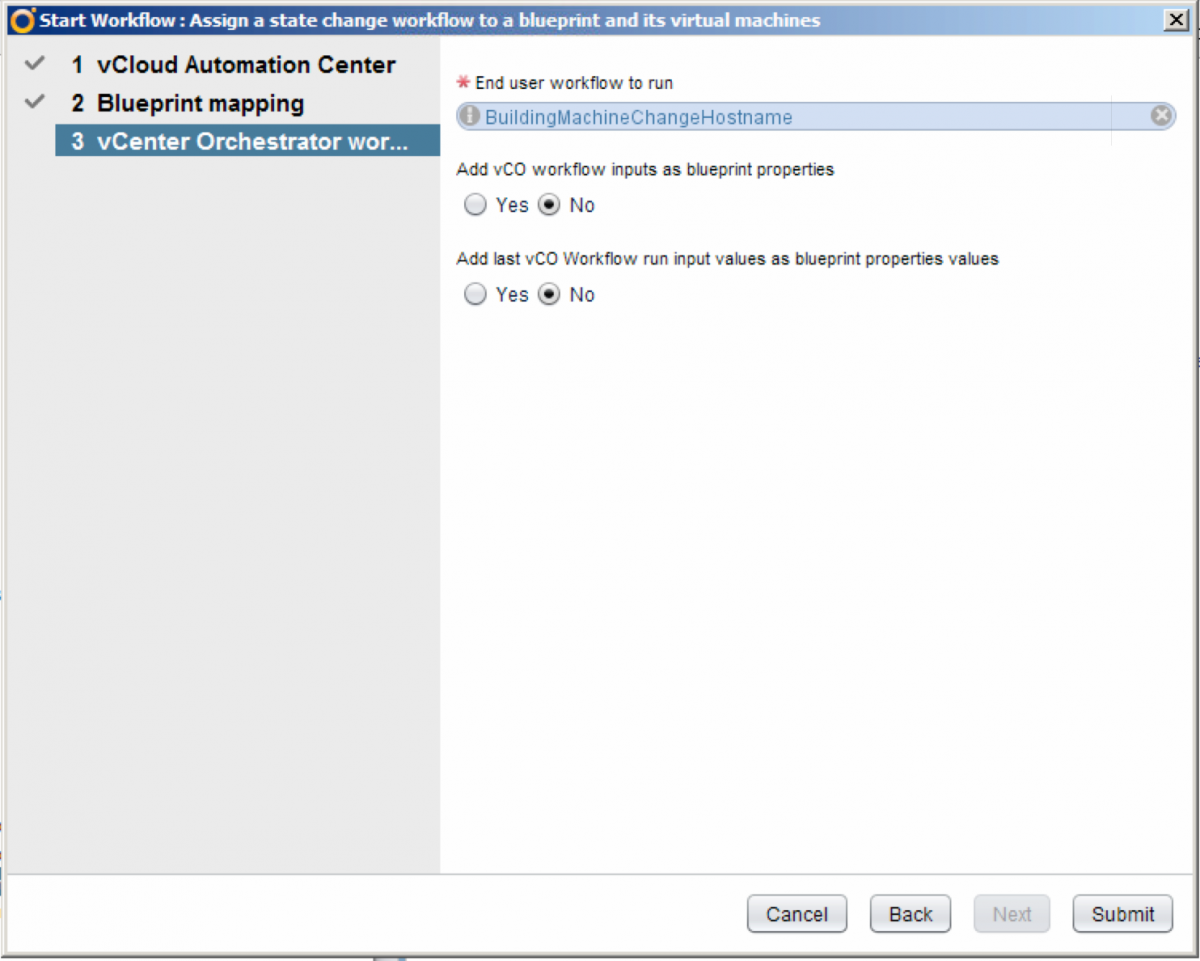 Now if you request a machine from the blueprint the vRealize Orchestrator workflow will be executed and the hostname being used in the provisioning process is updated.