Bottom line of this article: use .OVF format for your VMs

When importing OVA's from my local system to Ravello Systems I ran into an error. Which was strange because I had imported similar machines just a few days before. The error message was the following:

Also see the image below: 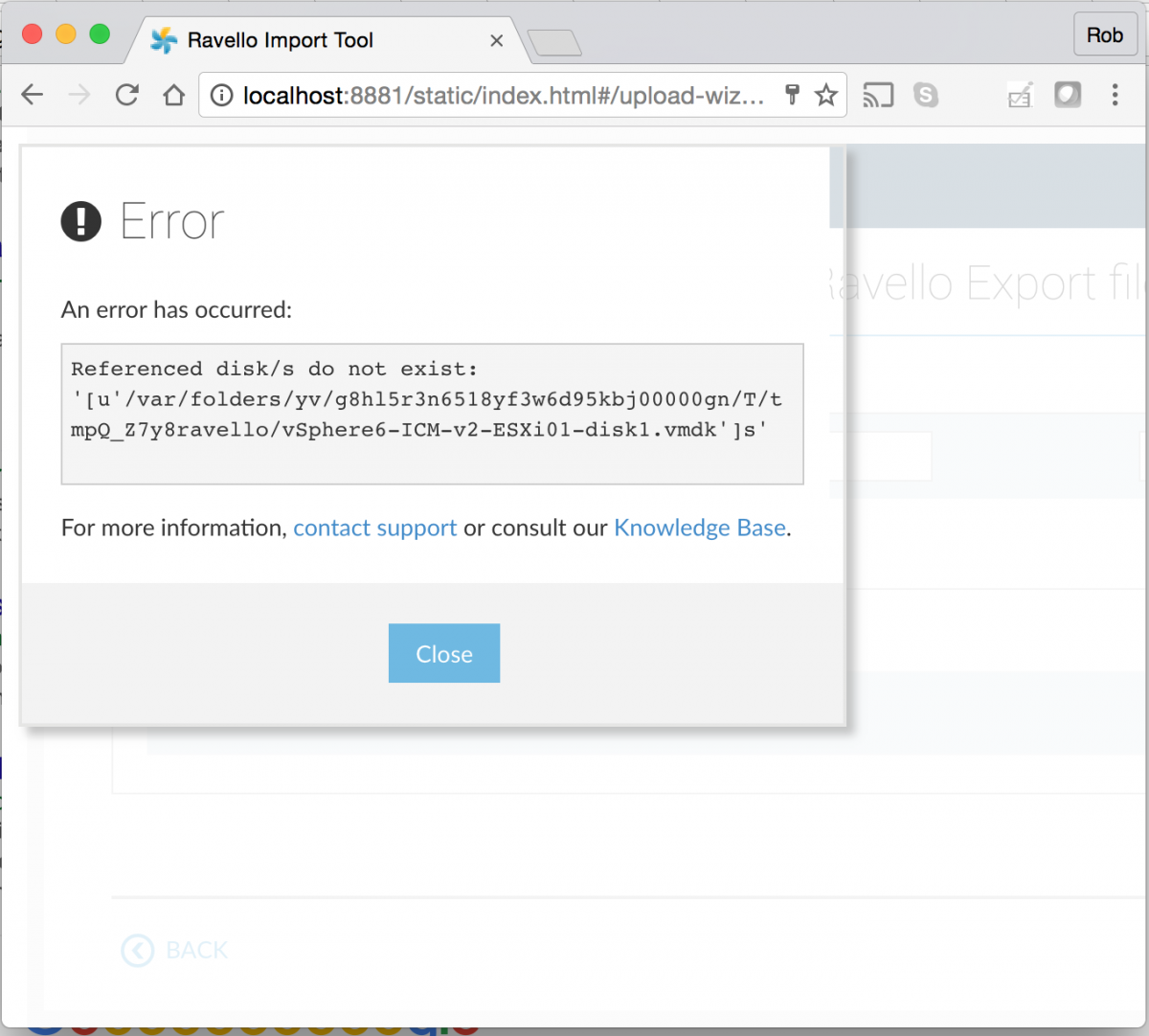 If you want to investigate errors with the import utility and need to find out where to access the log files then open this URL on your local computer: http://localhost:8881/hello This will show a status web page containing a reference to the log file location.

Importing machines from the OVF format is also more efficient because when importing an OVA the Ravello Import Utility first extracts the archive to your local disk. When it's a .OVF it imports it directly from where it is located.